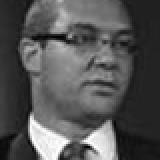 In December 2008, David joined UBS AG and is Director in Market Data & Commissions Global Sourcing. He was previously Head of Procurement & Cost Control at Royal Bank of Canada Capital Markets Europe from May to Nov 2008. From 2006 to 2008 he was Global Head of Market Data at Barclays Capital. From 2001 to 2006 he was Global Head of Market Data for Société Générale Corporate & Investment Banking. He first worked there as Head of Supplier Management for Market Data Services. From 1993 to 2001, David worked for Morgan Stanley, first in the Fixed Income, Commodities and FX department, where he held Sales and Trading posts around Europe. He later performed in Morgan Stanley Market Data and Technology department in London. He is Executive Committee member at IPUG, COSSIOM and FISD. David earned a “Diplomkaufman” in Berlin, a “Diplome des Grandes Ecoles” degree in Paris and a “Master’s Degree” in Oxford.